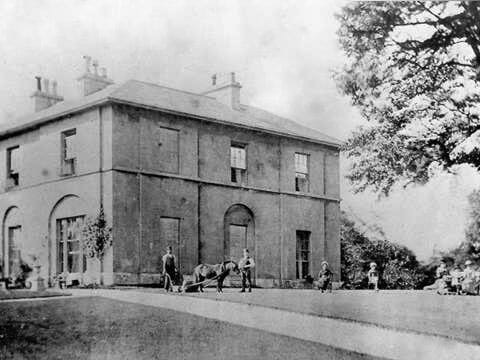 Refugees from the Spanish Civil War in Sketty Park House

On 21 May 1937, during the Spanish Civil War, an old passenger liner, the SS Habana, set sail from the Basque port of Bilbao for Southampton. Onboard, were 4000 children – refugees from the wider conflict, but in particular, from the savage aerial bombardment which was being inflicted on the civilian population in the Basque region of northern Spain by Franco’s forces. 84 of these children were subsequently to find refuge in Swansea and were sheltered in Sketty Park House.

In 1936 the Basque authorities had remained loyal to the elected republican government of Spain when Franco’s nationalist forces, with help from Hitler and Mussolini, staged an insurrection, resulting in the civil war.
During 1937 an offensive was launched against the Basque region, as part of which towns were subject to a number of air raids by elements of the Condor Legion, comprising military personnel and equipment from the air force of Nazi Germany which was supporting Franco’s nationalists, the most notable raid being the one on Guernica on 26 April 1937.

Faced with this onslaught the Basque authorities issued a plea to governments throughout the world to provide assistance and asylum for the civilian victims.

The British government remained committed to its non-interventionist policy but, under pressure from the National Joint Committee for Spanish Relief, succumbed to public outcry and finally agreed to take a limited number of children on condition that public funds were not to be used to support them.

The SS Habana arrived in Southampton on 23 May and the children were temporarily housed in a tented village, pending dispersal to communities offering more permanent accommodation.

Swansea was one of four communities in Wales to offer refuge to the children – the others being Caerleon, Brechfa and Old Colwyn. 84 children arrived in Swansea on 3 July 1937, to be accommodated in Sketty Park House which was owned by the county borough and had lain vacant for some time.

Besides accommodation, a dedicated support fund was required to provide for the children, and this was achieved through the launch of the Swansea Spanish Refugee Children Relief Fund by the Mayor of Swansea, Richard Henry. The scale of this endeavour is clearly illustrated by the calculation that each child needed the sum of 13 shillings and 6 pence a week (67½p) to feed and clothe them. In addition, open days were staged every weekend at Sketty Park House. This enabled a steady stream of donations to be established from the public. The visits also served to build links between the children and their host community.

On their arrival in Swansea, the children were all photographed individually for registration purposes. These photos are still held today in the collections of the West Glamorgan Archive Service.

Some adult helpers, including teachers, had accompanied the children on their journey, but all other support was provided in the form of local volunteers, including an interpreter. Interviews with these individuals, now housed in the South Wales Miners Library, provide evidence of the trauma which the children had experienced back in Spain, in particular, the panic-induced whenever aircraft flew over the house.

One story told by Rose Steel, an interpreter, relates to blankets that had gone missing from the House. The children had smuggled them out to a shelter that they had built in the surrounding woodland. It had been disguised with branches and had been constructed using bricks from a nearby building site.

From January 1938 the children billeted in Sketty Park House began to be returned to Spain, the Basque authorities having surrendered in late August 1937. By May those children that were still left in Swansea were transferred to Caerleon.

Not all the children returned to Spain – there were still around 400 left in Britain by 1941, two years after the end of the civil war in Spain. This number had fallen to 280 by 1948.