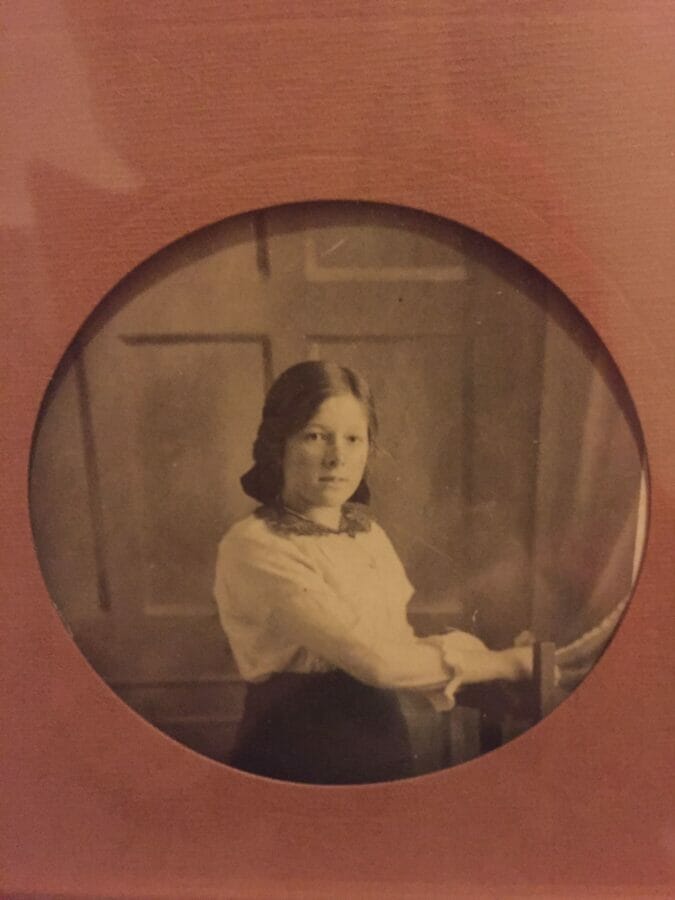 Memories of working in Hendrefoilan House

Before she died Clarice Buttery recalled her memories of working as a kitchen maid in Hendrefoilan House in the early years of the 20th century in an interview with members of the Clyne Valley Community Project.

It is likely that she began working in the house in 1914 or 1915.  She was the oldest surviving child of her family although an older sibling died along with two others when diphtheria broke out.  Clarice as the oldest had to go out to work in order to supplement the family income.

Her duties were as a kitchen maid.

She recalled everything being made and prepared from scratch.  Much of it was supplied by the estate.  The gardener was in close contact with the housekeeper in order to know what was required from the gardens.

Much of the produce would be preserved by pickling, jam making, salting, smoking etc.  The kitchens were always busy and very regimented with set tasks allotted to individuals.  Clarice did a great deal of preparation, cleaning up and followed the orders of the cook to the letter.

When an important event was planned such as a special meal, party or ball there would be much extra work in the kitchen with staff working for weeks beforehand.  Game, poultry etc. would be brought in and all the butchery and feathering would be done there.

Clarice was allowed every other Sunday afternoon off and she used this time to visit her family as she could walk home.  She would often help her mother with the chores.  She remembers that when it was time to return to the house she would insist her brother walk her back as the driveway to the house was long with marble statues on either side and woods around which she was rather frightened of.  On some occasions, the cook would send some food home with Clarice for her mother.

There were wonderful greenhouses on the estate which had grapevines and other exotic fruit which was grown for the house.

Memories include the lord going out hunting in the estate with visitors and bringing back what had been shot for the kitchen.

Another memory included the lord with a younger wife and the marriage appeared to be an unhappy one with arguments taking place.  It was possibly a second marriage

On one occasion the house entertained the Prince of Wales which caused huge excitement and preparation.

Wonderful dinners took place with exotic menus with many courses offered.  Each course was carefully planned and timed.  The cook during these times became very stressed and anxious.  All crockery, glassware etc. would need an inspection prior to the dinner.

Clarice was taught never to waste anything and all food had to be used.  Cuts of meat that were not thought suitable for upstairs were used to feed the servants and meals would be planned around the availability of food.

Clarice was taught to sew by hand as her clothes were made but also so that small repairs could be completed in the house.

As time went on Clarice gained in experience and began taking on more duties, including cooking some of the dishes.  Her ability to organise, plan, cook etc. stayed with her for the rest of her life.

Each year some of the servants were chosen to accompany the owners to Bath where they lived on the Royal Crescent for several months.  The house is now a hotel.  The housekeeper would make her choice as to who would go and Clarice was chosen.  A great deal of preparation went into the visit.  On their day off they would go to church, after which Clarice would be taken for a cup of tea.  She remembers the staff regularly going to Bath station to pick up the food hampers which were sent up from Hendrefoilan.  It was always a source of excitement to see what had arrived.  She remembered wonderful peaches wrapped in tissue paper, sides of ham, all sorts of vegetables and fruit, butter, cheese etc.

The work at the house was very hard and the hours were long, and because everything had to be done from scratch it involved great preparation, fires to light, floors to scrub, kitchen implements to clean.  All the food such as desserts were made from estate ingredients including fruit jellies, cordials, sauces, jams and preserves.  Clarice remembers game and meat hanging for the appropriate amount of time before being used.  Completing the washing was a huge task as there was much starching of clothes required and scrubbing of stains.  Boiling water took a long time.

Clarice remembered wonderfully attended gardens, a kitchen garden and a flower garden which provided for the house. Clarice had to return to the family home eventually to help with the younger children as her mother was in ill health and as she was older she could help out.  Her youngest sister was about seventeen years younger than her.  There were four younger surviving siblings.  Clarice married and stayed in the family home, eventually purchasing it from the Sketty Park Estate.